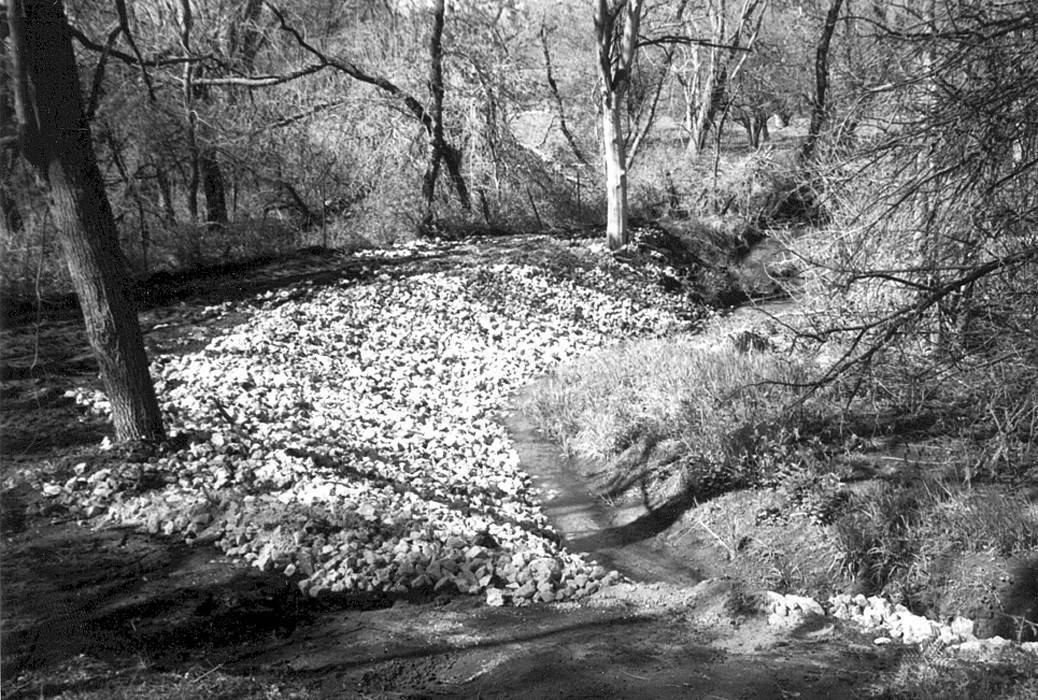 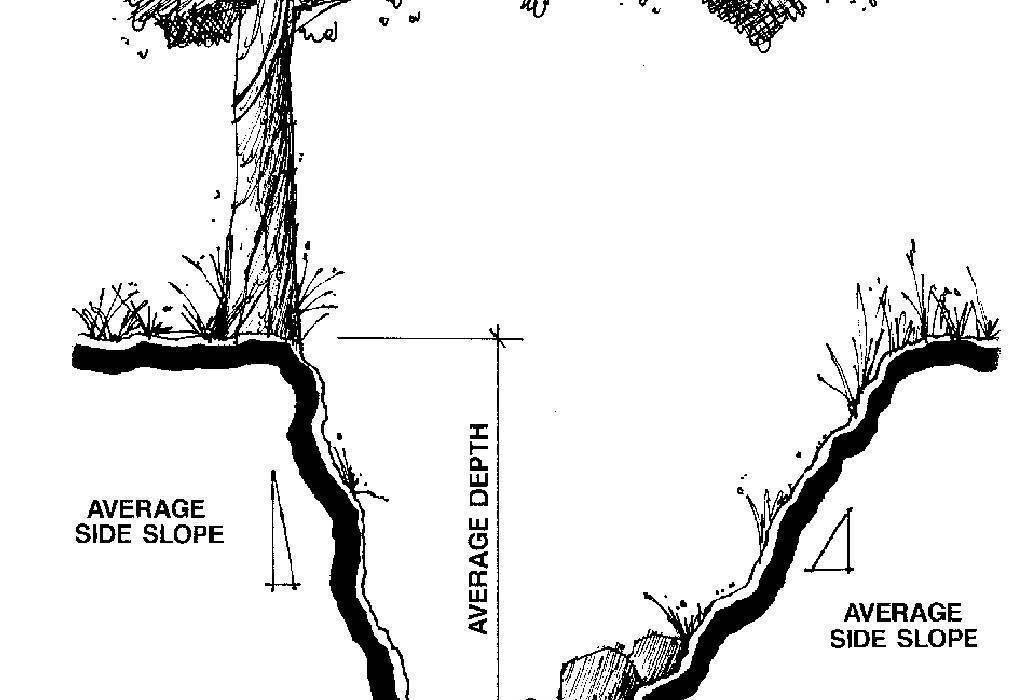 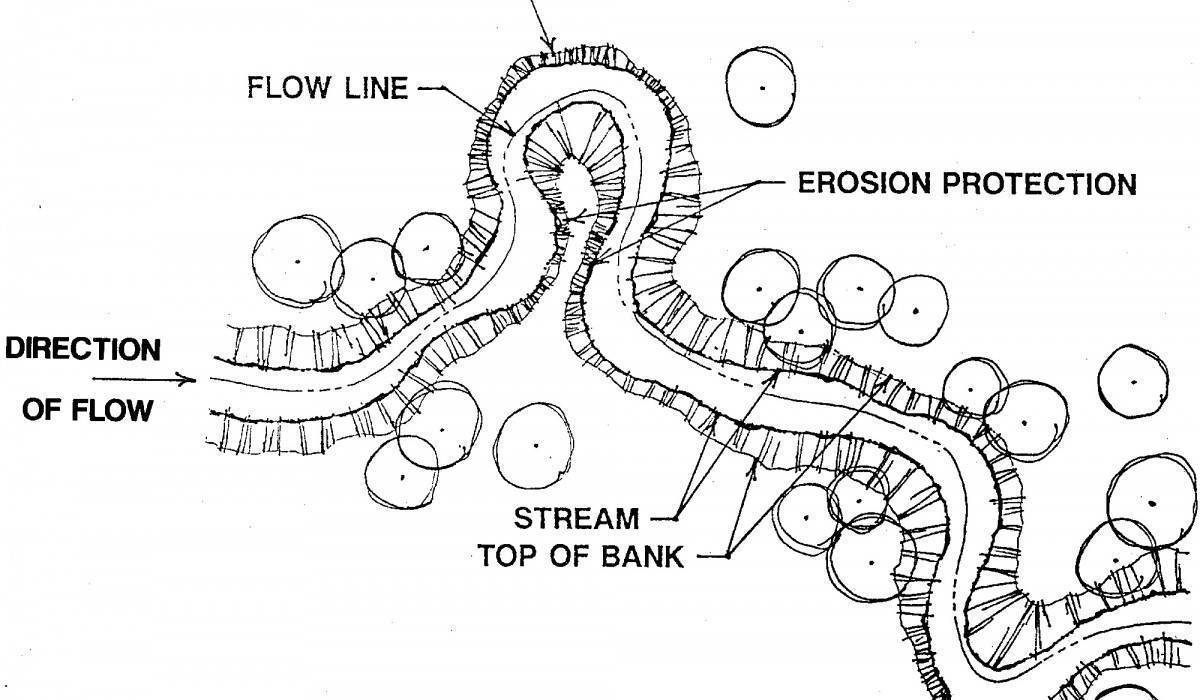 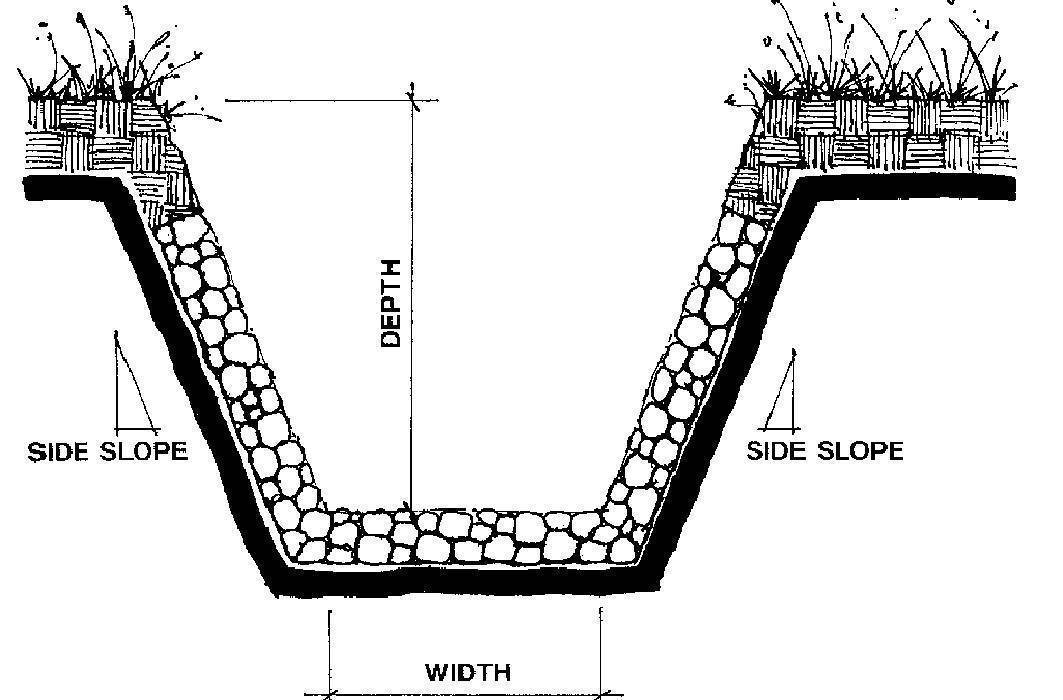 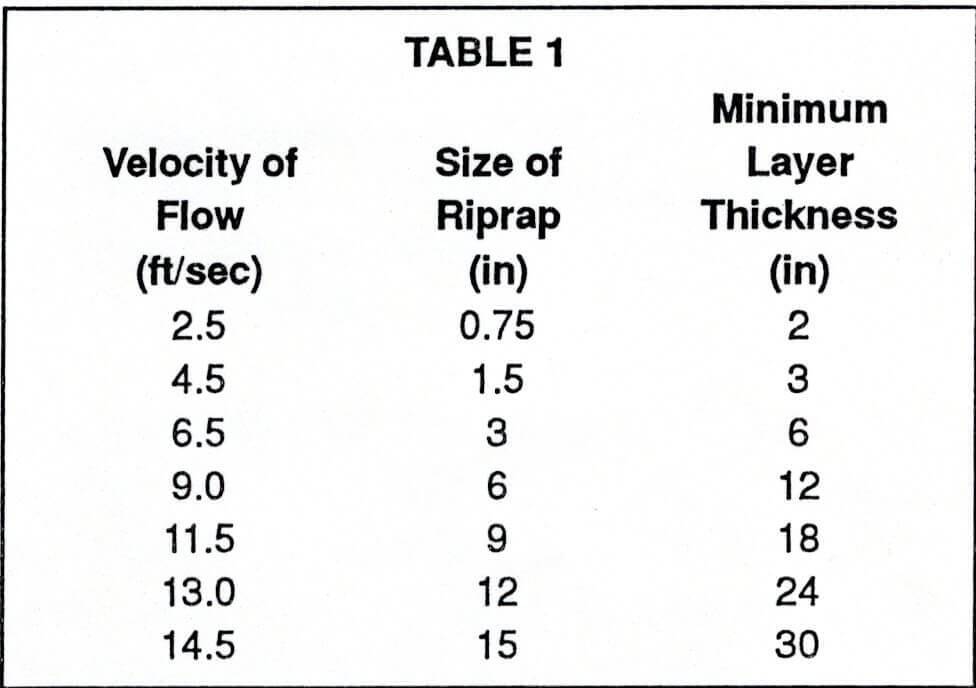 A natural channel’s cross-section varies continuously. Rock outcroppings, fallen trees, roots and man-made stream crossings all define a natural channel’s cross-section. A constructed ditch (middle photo) on the other hand, is consistent throughout its length. Constructed ditches are efficiently designed and monotonous in appearance. In both cases, natural streams and constructed ditches are defined by three factors: the average bottom width, steepness of the side slopes, and average depth. Side slopes are identified by the number of horizontal feet to vertical feet. A 3:1 side slope indicates a slope 3 feet horizontal and 1 foot vertical.

For the same drainage basin, a larger ditch cross-section produces a lower velocity with less erosion potential. Composition of the side slopes also affects velocity. Water in a ditch with fallen trees, rocks, tall weeds and irregular sides travels slower than a similar sized ditch made of smooth concrete. Slower water results in a greater water depth.

Given the same cross-sectional geometry, the rate at which a stream or channel falls downhill directly affects velocity. Mountain streams flow faster because their slope is steep. Vertical geometry is often adjusted to match the channels capacity.

Although many geometric components are adjusted to protect the stream or channel banks, a common practice is to use rip rap. Rip rap is a mat of large rocks placed between the moving water and the natural banks. These rocks keep the soil along the bank from washing away, the bank from sliding into the channel and slow the water’s velocity. Rip rap is placed where erosion potential is high and at locations where the soil type is susceptible to erosion.

Table 2 shows the relationship between the size of rip rap and water velocity. An easy method to measure velocity is to time a floating object as it passes.